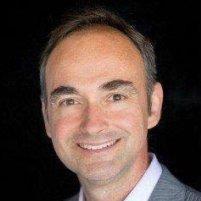 Here at Premier Wellness and Aesthetics Center, one of our specialties is anti-aging. There are fewer more visible signs of aging on your skin than age spots. These dark sections of pigment are extremely common in people over age fifty. Fortunately, they are easy to treat. With laser skin treatment or Intense Pulse Light (IPL) therapy, age spots can be erased in just a few easy sessions.

What are age spots?

Also known as liver spots or solar lentigines, age spots are small patches of dark pigment. They are more common and more easily visible in people with light skin tones. They vary greatly in size and usually appear on areas most exposed to the sun, such as the hands, face, shoulders, and arms.

The cause of age spots is overactive pigment cells, which are called melanocytes. Exposure to UV light causes melanocytes to reproduce faster, and over time, these cells clump together until they become visible as dark patches on the skin. Though older people tend to have more age spots, younger people can get them too if they expose themselves to excessive sunlight.

Age spots are treated by single-wavelength lasers or multiple-wavelength IPL therapy. These powerful bursts of light are modulated to target a specific pigment, destroying melanocytes while leaving the rest of the skin unharmed. The remains of the cells are cleaned out by the body’s lymphatic system, leaving clear, natural skin behind.

Usually, treatment takes a few weeks to show results, and in the meantime, the targeted area is sensitive and should be kept out of the sun. Once the spot fades and disappears, it should not return. New spots can reappear with more sun exposure, but they can be removed using the same methods. To prevent recurrence, apply sunscreen when outdoors.

Removing age spots is one of the simplest, easiest anti-aging treatments available at Premier Wellness and Aesthetics Center. Call now to schedule your first session.